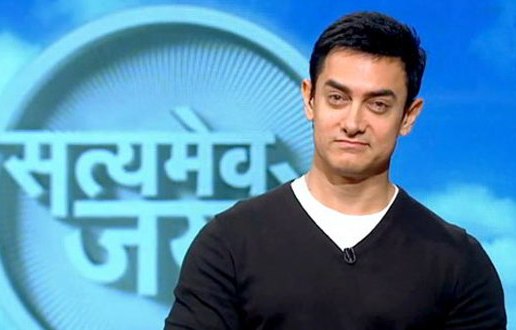 Aamir and Shankar were conferred the honour by National Commission for Scheduled Castes at a function here.

"I feel very special today. I am humbled with the kind of love, respect and support that you people have given to me. This honour is not just for me, but also for my team who worked so hard on the show that we were able to understand it and present it to all of you," Aamir said at the ceremony.

The 47-year-old had touched upon the issue of social discrimination and manual scavenging in one of the episodes of his debut TV show "Satyamev Jayate". He had focused on the life of over 300,000 manual scavengers, who clean excreta even today and are considered as untouchables in the society.

"When we decided to start 'Satyamev Jayate', we thought of bringing up issues which people usually don't talk about on public platforms. I felt bad to know that even after 65 years of independence, social discrimination is still prevalent. I felt so bad that I decided that I have to raise this issue in my show," he said.

"People told me that this is a very sensitive issue and I can get caught in court cases, but I was adamant on bringing it on the show. I was really happy to see the response from people. I got so many emails and letters, especially from the younger generation, who said they felt bad about the current scenario and that they would work towards welfare (of society)," he added.

Shankar says he is also humbled by the honour.

"I'm really thankful to people for this honour. Television is always considered to be a medium of entertainment, but we knew it was much more than that, it can also help create awareness, which we tried to do with the help of 'Satyamev Jayate'. I thank everyone for giving us the courage to take it forward," Shankar said.

Popular singer Udit Narayan was also present at the ceremony, where Aamir's popular songs like "Papa kahte hain" and "Mitwa" were played. Aamir also joined him in singing the songs.