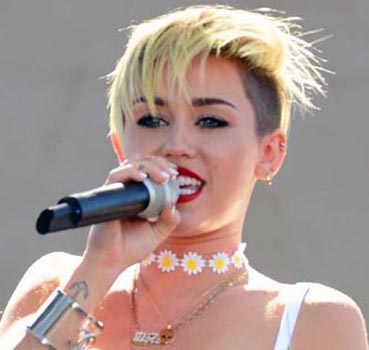 London, Jan 4 - Arnold Schwarzenegger has given a warning to his son Patrick Schwarzenegger to leave his gal-pal Miley Cyrus or else his 50 million dollars trust fund will be cancelled.

Patrick said that he would rather be with Cyrus than have the money, the Daily Star reported.

A source said that the former California Governor and his wife Maria are both convinced that Cyrus is a negative influence on their son and are determined to end the relationship.

Patrick parents' friend added that Maria especially is hoping the shock tactic of threatening to cut him off financially will scare him into giving Cyrus the elbow.

Maria had earlier approved Patrick to date Cyrus, however now Arnold and Maria are reportedly pissed off from the singer and had a big argument with their son regarding the matter.(ANI)