Arnie to star as ageing Terminator in 'Terminator: Genesis' 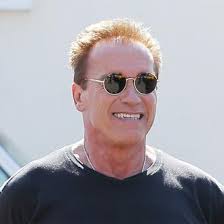 While talking to MTV News, the 66-year-old actor explained that the robots are portrayed as machine underneath but have human flesh above and hence will age just like any other human being's flesh, Sky News reported.

Schwarzenegger was last seen in ' Terminator: Rise Of The Machines' in 2003.