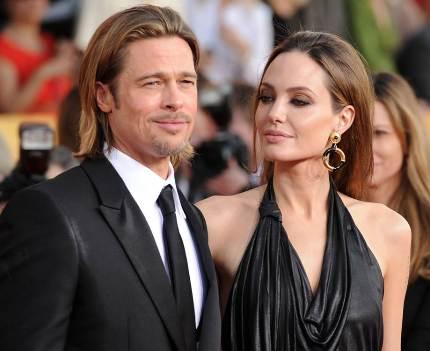 Los Angeles, Dec 23 : Actor Brad Pitt has fired back in his bitter custody battle with his estranged wife Angelina Jolie over their six children by requesting to have their divorce proceedings sealed.

Pitt's team in California Superior Court papers have accused Jolie of releasing details of their temporary custody agreement through her recent court filings in the case.

They claim Jolie "exposed" the star couple's six children "by making public the names of their therapists and other mental health professionals" and allege she "has no self-regulating mechanism to preclude sensitive information from being placed in the public record".

The papers say Jolie, "appears to be determined to ignore even agreed upon standards relating to the children's best interest", and ask Judge Richard J. Burdge Jr to grant a motion sealing the case.

A hearing is scheduled for January 17.

A source close to Jolie told pagesix.com the couple had agreed days ago to seal the documents and that Pitt's papers were unnecessary.

But a source from Pitt's team said: "If they'd agreed to that, there would be no need for a hearing on January 17." IANS