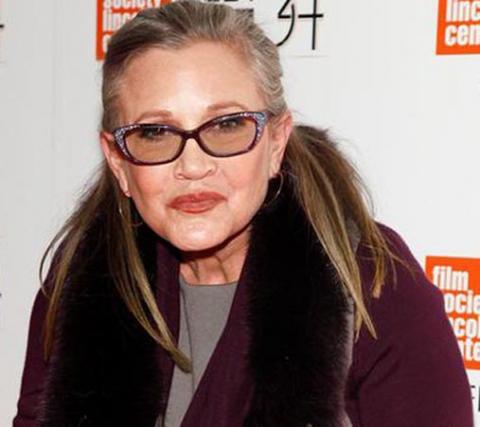 Los Angeles, Dec 24 : "Star Wars" actress Carrie Fisher suffered a massive heart attack while on a plane on Friday and was put on a ventilator, reports said on Saturday.

Fisher, 60, who famously plays 'Princess Leia' in the sci-fi saga, was flying from London to Los Angeles to promote her new book, the BBC reported.

Reports said she suddenly went into a cardiac arrest just 15 minutes before the flight was scheduled to land.

A frantic flight attendant asked if there were any medical personnel on board, and an Emergency Medical Technician (EMT) who was sitting in the back of the plane rushed up to the first class to administer Cardiopulmonary resuscitation (CPR).

When the plane landed, paramedics were waiting on the tarmac to rush Fisher to UCLA Medica Center.

The actress was unresponsive at the time, and an EMS crew had to work on her for 15 minutes before they got a pulse.

Her brother Todd said she was in intensive care in Los Angeles.

"If everyone could just pray for her that would be good," he said. The doctors are doing their thing and we don't want to bug them. We are waiting by patiently." (IANS)