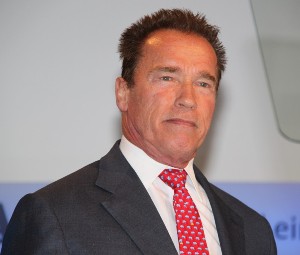 Washington, Apr. 1 - Emilia Clarke, Jason Clarke, Jai Courtney and Arnold Schwarzenegger have reportedly been roped in to star in the sci-fi reboot of 'Terminator'.

Byung-hun Lee, who played Storm Shadow in the G. I. Joe movies, has been cast in a key role in 'Terminator: Genesis', the reboot of the sci-fi action franchise being made by Skydance and Paramount, according to the Hollywood Reporter.

'Mad Men' actor Michael Gladis and Sandrine Holt will also join the star cast that will be directed by Alan Taylor of 'Thor: The Dark World' fame.

'Genesis', which is apparently the film's working title at this stage, aims to be a continuation of the James Cameron classics and tries to tie all the threads and even take into consideration the time passed.

Schwarzenegger will be apparently be back as Terminator cyborg and his older appearance will be explained, Okeniyi will reportedly play the son of Miles Dyson, the Cyberdyne exec played by Joe Morton in 'Terminator: Judgement Day'; the character who was a little boy in that movie and the 'Game of Thrones' actress will portray Sarah Connor. (ANI)