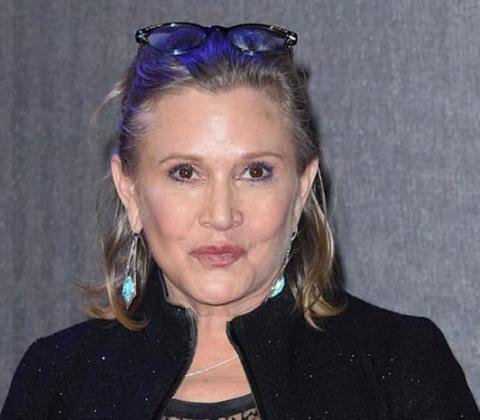 Los Angeles, Dec 24 : Celebrities and public figures are rushing to Twitter to wish "Star Wars" actress Carrie Fisher a speedy recovery after she went into full cardiac arrest while aboard a plane on Friday.

The "Star Wars" actress is now in stable condition after suffering a massive heart attack while in transit from London to Los Angeles.

"Sending all our love" to Fisher," Mark Hamill tweeted.

Peter Mayhew, who played Chewbacca in the "Star Wars" franchise, wrote on Twitter: "Thoughts and prayers for our friend and everyone's favourite princess right now."

Many sent Fisher words of comfort and encouragement, including "Stranger Things" actor Gaten Matarazzo, who wrote "May the force be with you Carrie Fisher".

Others expressed dismay at the turn of events, even blaming 2016 for the incident.

"Send love prayers and the kitchen sink to my sister Carrie Fisher F**k no. F**k no", Courtney Love Cobain posted.

"No. No. No. Praying for Carrie Fisher," Josh Gad posted. (IANS)