How Arnold Schwarzenegger fought to change classic 'I'll be back' line 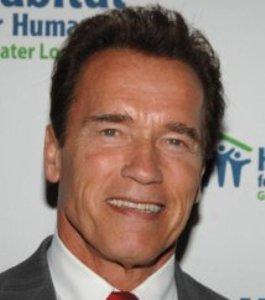 Washington, May 9 - Arnold Schwarzenegger has revealed how he fought to change his classic line "I'll be back."

The 67-year-old actor revealed that he and acclaimed director James Cameron , with whom he has worked on numerous occasions, most notably in 'The Terminator,' argued over his classic "I'll be back" line, ABC News reported.

The 'Predator' star recalled that back then, they didn't know that it was going to become such a famous line after the movie came out, and so, he always felt that "I'll" sound weird.

The actor said he fought for it to be "I will be back" as that sounds more like a machine, to which Cameron asked, "Do I tell you how to act?" and Schwarzenegger replied "No" and the rest is cinematic history.

However, Schwarzenegger said a "great relationship" developed between himself and Cameron because the director knew exactly what he wanted and a product came out that would stand the test of time. (ANI)