Kanye West, Usher to be honored at 2015 BET awards 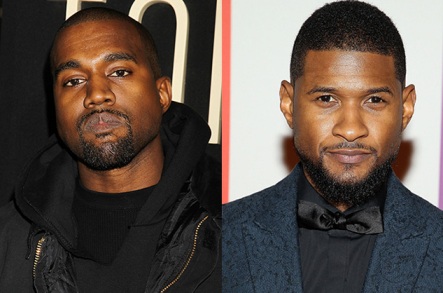 London, Dec 11 : Kanye West and Usher will be amongst the African-Americans to be honored with Black Entertainment Television (BET) honorary awards in 2015.

While the 37-year-old US rapper would receive the visionary award, which is one of the five acts to be honoured for their achievements in art, music, theatre, technology and business at the ceremony, Usher, 36, will receive the music award for his two-decade career, the BBC reported.

Meanwhile, 'The Cosby Show's' Phylicia Rashad will receive the theatrical arts award, director of the National Museum of African Art, Dr Johnnetta Betsch Cole, will get the education award, and John W Thompson, who had replaced Bill Gates as Microsoft's chairman, will receive the technology and business award.

The BET Awards were recognized back in 2001 to honour African Americans and other minorities working in multiple disciplines, and past honourees include the names like Dr Maya Angelou and late Whitney Houston.

The 2015 Honours, will be held at the Warner Theatre in Washington in January and would be presented by Wayne Brady. (ANI)