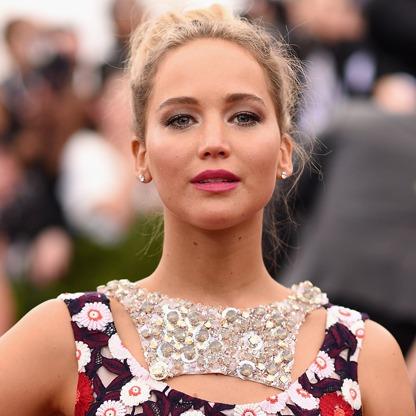 Los Angeles, Dec 21 : Actress Jennifer Lawrence, who plays actor Chris Pratts love interest in the movie "Passengers", says she wanted Pratt to star in her upcoming movie with Amy Schumer as their brother.

Lawrence talked about the untitled project when she appeared on the popular talk show "Watch What Happens Live" on Monday to promote "Passengers", reports aceshowbiz.com.

"It's about two sisters who go on a road trip to try to connect with their brother," Lawrence told host Andy Cohen before saying that she set her sights on Pratt to take the role of the brother in the project.

"That would be awesome," Cohen gushed about the idea. "In a dream world," Lawrence said.

Asked if there was a room for her "The Hunger Games" co-stars like Josh Hutcherson and Liam Hemsworth, she responded, "No, no, no, no, no... There's not really boys in it."

Talking about when the movie would be out, Lawrence said: "The script is finished -- we're both just trying to figure out our schedules."

While no plot details were revealed, Lawrence previously confirmed that her upcoming comedy film would be "funny," "dirty" and "real".