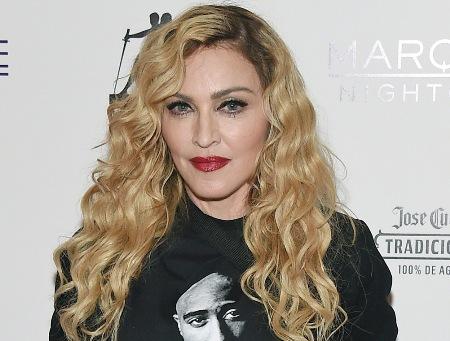 Los Angeles, Dec 5 : Singer Madonna offered to re-marry her ex-husband and actor Sean Penn in return for a $150,000 donation to a philanthropic foundation.

The duo were taking part in Miami's Art Basel, where they were helping to raise funds for the singer's charity Raising Malawi.

She stunned attendees when she declared her love for her ex-husband and offered to re-marry him -- in return for a $150,000 donation to the philanthropic foundation, reports mirror.co.uk.

Dressed in a revealing dress, the singer seemed ruthless in her attempt to generate funds at the gala event, which also hosted the likes of actor Leonardo DiCaprio.

Auctioning off various items, including a custom-made car and items from her wardrobe, Madonna made the unlikely offer while she was selling one of her designer necklaces.

Penn happily made the $150,000 offer - but was ultimately saved from walking down the aisle with his former wife when another guest out-bid him.

Later, Madonna allowed him to handcuff himself to her waist, which saw her joke: "The many moments that were our marriage."

She then upped the ante even further by declaring her love for Penn, saying over the microphone: "I'm still in love with you."

The pair then auctioned off unseen photographs of their 1985 wedding taken by acclaimed photographer Herb Ritts.

The footage was captured by Bethenny Frankel, who later uploaded the material to Snapchat. IANS