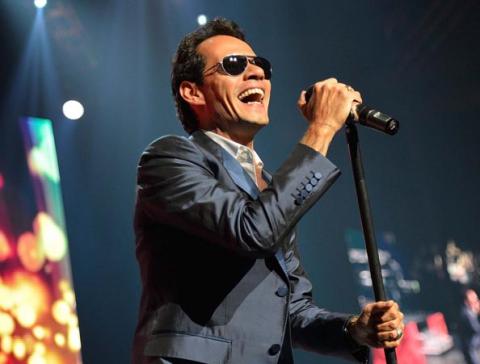 Los Angeles, Dec 19 : Singer Marc Anthony and his wife Shannon de Lima have officially announced that they are getting divorced.
[NK Hollywood] In a statement obtained by people.com, the former couple responded to -- and confirmed -- earlier reports that they had split.

"After much consideration, we have mutually and amicably decided to end our two year marriage. We ask for privacy during this difficult process, and no further comments will be made from either one of us about this personal matter," Anthony, 48, and De Lima, 28, said in a joint statement.

Last month, news broke of the couple's split just hours after Anthony performed a duet at the Latin Grammy Awards with his former wife Jennifer Lopez.

Sources close to the situation told people.com that Anthony's unrelenting career as a global superstar doomed his marriage to 28-year-old de Lima.

"Marc is so busy with his career, touring and recording that he distances himself from his relationships without even knowing it. Even with his wife in tow, she can feel like he is on another planet," said a source from the Spanish music industry.

"Marc likes to have a woman at home but he also likes to live like a bachelor. This doesn't work for very long," the source added.