My wife is my hero: David Arquette 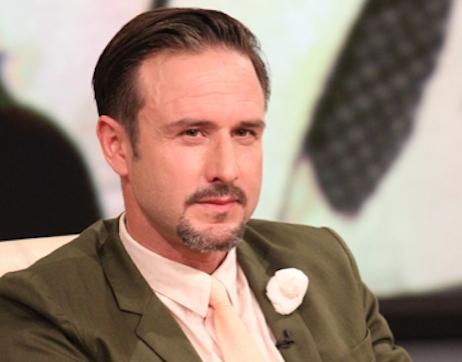 The "Scream" star has praised McLarty for being such a good mother to their two-year-old son Charlie despite being pregnant with their second baby, reports people.com.

"She's doing good. It's not easy, it's so hard. I think the second pregnancy is a little harder than the first. She's got morning sickness on this one. Being pregnant and watching a little rascal that's firmly in his terrible twos is pretty difficult. She a trooper, she's doing great. She's my hero," Arquette said.

The 45-year-old, who also has 12-year-old daughter Coco with his ex-wife Courteney Cox, is proud of Charlie's preparations to become a big brother.

"Charlie is really cute about it. We have little books that prepare him. We'll see how it goes when it all goes down. He's a tricky little bugger," he added.

In October, the couple shared that they are expecting their second child together. IANS