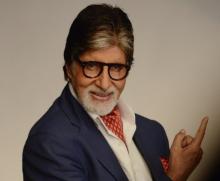 Big B on Monday took to Twitter to share the logo of the film, where he will be seen essaying the character of a lawyer. "Pink", which is shot extensively in the capital, has been produced by the "Piku" helmer Shoojit Sircar.

Unveiling the electric pink logo, which sees two hands holding alphabets 'I' and 'K' of the word Pink, the 73-year-old captioned it on Monday: "Proud to reveal the 'Pink' logo. Find out what is 'Pink' tomorrow.

Silsila was trashed by media at time of release: Amitabh Bachchan 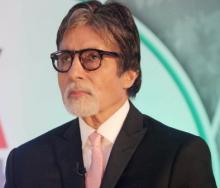 Mumbai: Remembering his 1981 romantic-drama 'Silsila' as it completes 35 years today, megastar Amitabh Bachchan says critics panned the movie when it was released but now it's revered as a classic.

'Silsila', directed by Yash Chopra, also starred Bachchan's wife Jaya and Rekha, whose on-screen chemistry with the 'Piku' star stands as one of Bollywood's best ever.

"35 years of 'Silsila'... A film that was trashed by media as 'silly sila'... Today referred to as a classic (sic)," Bachchan wrote on his Twitter page.

Amitabh Bachchan for higher public spending to prevent Hepatitis B 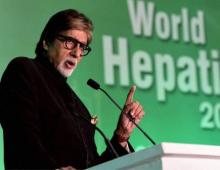 Mumbai: Megastar Amitabh Bachchan, who is surviving only on 25 per cent of his liver as the rest has been damaged by the deadly Hepatitis B virus, today called for higher budget spend to prevent the fatal disease.

"Hepatitis B hit me accidentally. After the accident on the sets of 'Coolie' (1983), I was infused with the blood of about 200 donors and 60 bottles of blood were injected into my system," Bachchan told an event on the World Hepatitis Day here on Thursday evening. 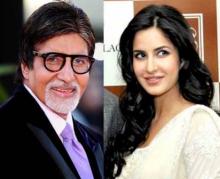 Mumbai, July 16 : Megastar Amitabh Bachchan has wished actress Katrina Kaif on her 33rd birthday on Saturday. The "Fitoor" star made her debut with the 73-year-old thespian in the 2003 film "Boom" directed by Kaizad Gustad.

Big B took to Twitter to wish the "Fitoor" actress.

"Happy birthday Katrina .. happiness always ..( her first film was with me, and then 'Sarkaar' ) !!" he wrote.

On the work front, Katrina will next be seen in Nitya Mehra's "Baar Baar Dekho" which also stars actor Sidharth Malhotra.

There is a paucity of thought today: Big B 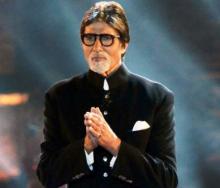 Mumbai, July 16 : Megastar Amitabh Bachchan has condemned the terror attack in Nice, France, saying that people these days have "paucity of thought" and don't even try to sit down and talk about various issues. A terrorist sped a rented truck through a crowd of thousands enjoying Bastille Day celebrations on Thursday night in Promenade des Anglais in Nice, crushing 84 people and injuring some 150.