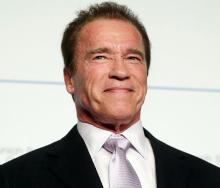 London [UK], Mar.22 : We might not see Arnold Schwarzenegger say 'I'll be back' again. 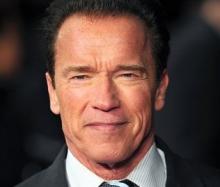 Melbourne., Dec. 12 - The Reddit post seems to have fulfilled the wish of New York weightlifter, who is battling with terminal brain cancer, as he got a chance to speak with his idol Arnold Schwarzenegger. 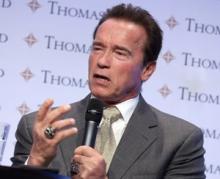 London, Dec. 9 : When Arnold Schwarzenegger suggested people that they should eat less meat, he was criticised all over the social media.

The 68-year-old actor previously suggested that the best way to cut down is to have a couple of meat free days a week, reports the BBC.

Soon after his comment, micro-blogging site Twitter got filled up with people calling the 'Terminator Genisys' star a hypocrite, because as a bodybuilder he's eaten a lot of beef over the years.

This tweet sums up a lot of the cynicism online.

Arnie being sued for prisoner's death 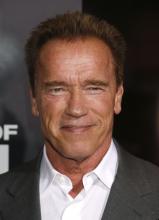 Washington D. C., Oct. 23 - Former California Governor and actor Arnold Schwarzenegger is being sued for causing the death of a man in jail.

Sixty-eight-year-old Schwarzenegger is being accused of failing to eliminate a virus from a prison, which eventually led to the death of an inmate identified as Rodney Taylor Sr., TMZ com reports.

Taylor was a prisoner at the Avenal State Prison from 2010 to 2014 for a drug-related offence, and his family has now claimed that he contracted Valley Fever while in custody. 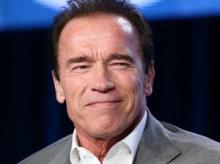 Washington D.C., Sept. 15 - Arnold Schwarzenegger will be stepping into Donald Trump's shoes soon as he will be taking up the boss' chair on ' The Celebrity Apprentice.'

Making the announcement about the 68-year-old actor's new gig, NBC said that the actor will start calling the shots on the show during the 2016-17 TV season, reports TMZ.com.