Depp thinks acting is similar to being in a band 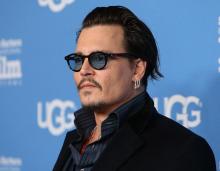 Los Angeles, Dec 6 : Actor Johnny Depp sees similarities between acting and being in the music band Hollywood Vampires as he has to be a "character" for both of them. 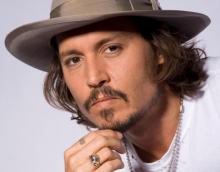 Los Angeles : Hollywood star Johnny Depp is all set to star in Universal's reboot of "Invisible Man", which is based on HG Wells' novel of the same title.

The first big-screen adaptation arrived in 1933 with Claude Rains starring as a scientist who finds a way to become invisible.

Ed Solomon ('Men in Black') is writing the script and the project is being developed by producers Alex Kurtzman and Chris Morgan, reported Ace Showbiz.

It is unclear where the movie stands in terms of development. There is no director attached at this stage.

Johnny Depp does not want to win an Oscar

London, Oct. 15 : Johnny Depp is satisfied with his Oscar nominations and does not want to win an Oscar ever.

In an interview, the 'Black Mass' actor said that he doesn't want to win one of those things ( Oscar) ever, adding that the idea of winning means that you were in competition with someone, The Independent reports.

The 52-year-old actor said that he was not in competition with anybody.

Earlier, Depp was nominated for his roles in the first Pirates of the Caribbean, Finding Neverland and Sweeney Todd. 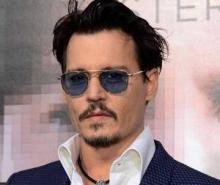 Washington D.C., Sept. 18 - Johnny Depp is one of the most attractive actors in Hollywood, but back in the 90s, when his career had started, he was not identified as such.

During a sit-down interview with E!Online in 1990, Depp said he had worked on this television series for three years and people had been sold, America had been sold, to this image of a character on TV, and so the perception of who he was, was not true, E!Online reports.

The 'Pirates of the Caribbean' star added that he was an actor who did this job.

'Sarcastic' Johnny Depp says `I killed my dogs and ate them` 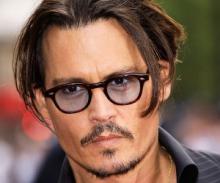 Washington D. C., Sept 5 - Amidst the ongoing Australian Dog Deportation Drama, Johnny Depp has made a sarky remark about killing his dogs, Boo and Pistol, and eating them.

In a press conference at the Venice Film Festival, the 52-year-old actor said that he killed his dogs and ate them under direct orders from some big-gutted man from Australia, E! Online reported.

Earlier, Amber Heard had said that she and her husband the 'Pirates of the Caribbean' star will avoid the 'land down under' as much as they can because of the politicians there.