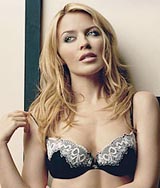 The song, Kylie‚Äôs first since 2004, was scheduled to go on sale on November 10, with digital downloads being available from November 3, reports Variety.

2 Hearts is part of her upcoming album, X, which is scheduled for release on November 24 and will be her 10th studio album.

Hours later, the song was officially released on radio. 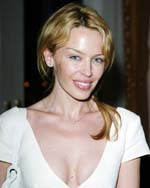 London, Oct 9 : Kylie Minogue has barred her former boyfriend Jason Donovan from making an appearance on a television special to celebrate her 20 years in the music industry.

Kylie decided to rule out Donovan from her guest list after he gave a detailed version of their affair including how she left him for INXS singer Michael Hutchence, in his memoir.

McCartney thanked his former band mates and his late wife in his acceptance speech. 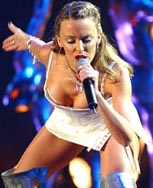 London, Oct 8 : Kylie Minogue dreams of having children, but at the same time fears she might never marry.

The 40-year-old singer told Glamour magazine that she wants to start a family.

"I want to keep working on finding perfect harmony within my life and my work. And a family, yeah, that's still something I would love to happen,‚Äù the Daily Mail quoted her, as telling.

Kylie Minogue rejected tracks find their way to the net

London, Sept 27 : Two tracks were rejected by pop singer Kylie Minogue for her next album found their way to the internet for a brief stint.

The MP3s of the tracks, called ‚ÄòIn The Mood For Love‚Äô and ‚ÄòSpell of Desire‚Äô appeared on Mylo's website and MySpace page but currently, have been taken down, reports The Sun.

A posting saying, "sadly not on the final track listing" for Minogue's album, on Mylo's MySpace has also been removed.