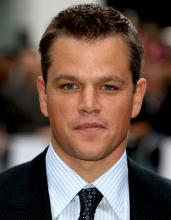 Washington, D.C., Jan. 11 : American actor Matt Damon found a reason to celebrate, as he took home a Golden Globe award for his role in 'The Martian'.

The 45-year-old actor, who was nominated for his role in Ridley Scott's directorial, grabbed the award for the best actor in comedy or musical for ' The Martian', Us magazine reports.

Taking to the stage, 'The Bourne Identity' actor thanked his kids and wife in his acceptance speech. 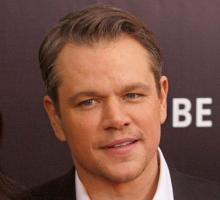 Johannesburg, Jan. 5 - Matt Damon is all positive about 'The Martian' director Ridley Scott winning an Oscar in 2016.

Scott has been nominated for the Best Director Academy Award on three occasions, but has never won. However, the 45-year-old actor thinks that this could be the year that Scott emerges victorious, reports News24.com.

'The Bourne Identity' star said that the 78-year-old director is just a master director adding that he hopes that Scott wins an Oscar this year. 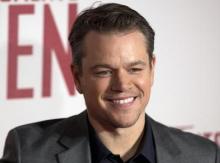 Washington D.C., Oct. 1 - Matt Damon has always stood up for best friend Ben Affleck, and recently said there is nobody more misunderstood than the latter in the American film industry.

The 44-year-old actor said the media's misperception about the 'Gone Girl' star started early in his career, especially after he entered into a relationship with singer Jennifer Lopez, reports People Magazine.

'The Martian' star added that it was really painful for him to see his childhood buddy in a situation where he was just considered Lopez's boyfriend. 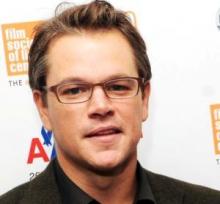 Washington. D.C., Sept. 17 - Matt Damon has apologised for his comments about diversity in Hollywood, but blamed the show 'Project Greenlight' for editing his remarks that made him look insensitive.

The 44-year-old actor claimed that his comments to Effie Brown about films needing diverse actors and not necessarily directors and producers were taken out of context, TMZ reports.

The 'Good Will Hunting' actor further said that his utterance was a part of the much broader conversation about diversity in Hollywood, however he apologised as it offended some people.