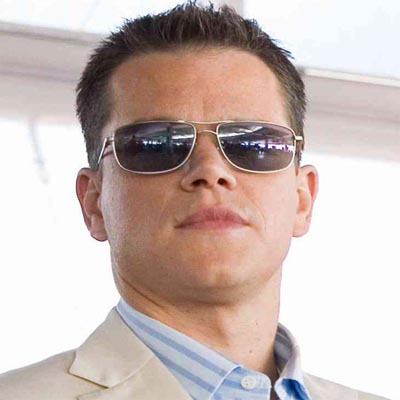 The 42-year-old has signed up a small, undisclosed role in the movie. He will shoot for it in Iceland for two weeks, reports contactmusic. com.

Los Angeles, Aug 22 : Actor Matt Damon and his wife Luciana Barroso have made a pact which allows them to stay apart for more than 15 days.

The couple has been married for eight years and has four daughters - Alexia, 14, Isabella, 6, Gia, 4, and 2-year-old Stella - and miss each other when they are not together.

I was grumpy on 'Elysium' set: Matt Damon

Los Angeles, Aug 10 : Actor Matt Damon says he was always grumpy on the set of "Elysium" because he was on a strict diet to stay in shape.

The 42-year-old underwent a tough fitness regime and followed a strict diet plan to get in shape for the movie, directed by Neill Blomkamp. He admits giving up treats left him angry and unapproachable.

The girls even got themselves clicked with Wahlberg, and after their chance meeting, they tried to boast about their encounter with the actor, whom they thought was Damon, reports aceshowbiz. com.

They uploaded the photographs on a social networking site, with the caption: "We saw Matt Damon."

Wahlberg noticed it, but played it cool.