Marriage is a commitment but it should be fun too, says Roger Moore

London, November 27 : Sir Roger Moore, who is the longest-serving and most prolific `James Bond' star, has reflected on his life as the iconic spy in a revealing new book `Bond On Bond'.

In the book the 85-year-old, who wrote his best-selling autobiography `My Word Is My Bond' four years ago, reveals what he wishes he had known at the age of 18. 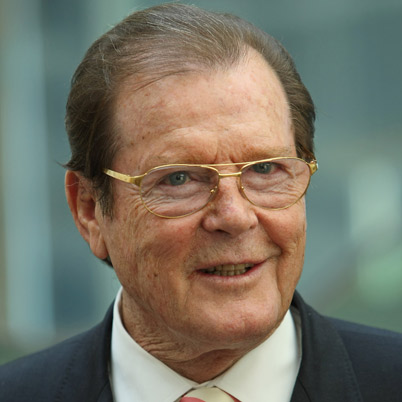 London, Oct 18 : Sir Roger Moore has revealed that he wishes to make a comeback to the famous Bond franchise - not as the famous spy but as his nemesis.

The 85-year-old actor, who played the suave super spy seven times, would love a change in role so he won't have to say `My name is Bond' - a dialogue he's long grown tired of.

"I would love to be a Bond villain," he told the Daily Express.

London, Sept 14 : Sir Roger Moore has revealed how he took the coward's way out and ditched his third wife over the phone, because a face-to-face confrontation would have left him shaken and stirred.

The legendary Bond star was married to Luisa Mattiolo when he began an affair with his fourth and current wife Kristina Tholstrup.

London, Nov 2 : Sir Roger Moore has fearlessly criticised the most recent Bond film for its overlong shaky plot and heavy use of product placement.

The 84-year-old actor, who portrayed the iconic spy between 1973 and 1985, also said that the ‚ÄòQuantum of Solace‚Äô was like a ‚Äúdisjointed commercial.‚Äù

‚ÄúI didn‚Äôt like the last Bond film, it was like a long, disjointed commercial,‚Äù the Daily Express quoted him as saying.