Spielberg to reteam with Kushner for `The Kidnapping of Edgardo Mortara`

Washington, April 18 : Steven Spielberg has and screenwriter Tony Kushner may come together for the film-adaptation of David Kertzer novel ' The Kidnapping of Edgardo Mortara '.

According to the Hollywood Reporter, sources revealed that Kushner had been roped in to adapt the religious period drama back in 2008, but switched his focus to 'Lincoln' when Spielberg decided to make the Oscar-nominated film his next project.

The two main galleries on the lobby floor of the Academy Museum (to be located here) will be named Marilyn and Jeffrey Katzenberg Gallery and Spielberg Family Gallery, reports variety. com.

London, Mar. 5 : Steven Spielberg will soon be giving life to Stanley Kubrick's screenplay about Napoleon Bonaparte - scrapped by the late film director in the 1970s.

He 66-year-old film maker told French TV network Canal+ that he would make a TV miniseries, instead of a film, about the life of the French Emperor, the BBC reported.

Washington, January 12 : The movie `Lincoln', its star Daniel Day-Lewis and director Steven Spielberg are the odds-on favourites to win this year's Academy Awards, it has been revealed.

After Thursday's Oscar nominations were revealed, oddsmakers were quickly calculating the odds for each nominee and, by far, most of them had `Lincoln' sweeping the awards. 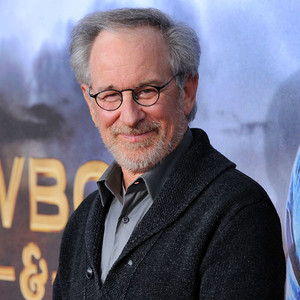 London, October 23 : Oscar-winning filmmaker Steven Spielberg is turning his back on action movies, insisting he has no plans to direct another high-octane blockbuster.

Spielberg made a name for himself in Hollywood shooting big-budget sci-fi and adventure movies including Jaws and the Indiana Jones franchise, but he now wants to explore other genres.