Steven Spielberg gets ‚Äòbuzz‚Äô from meeting Royals at premiere

London, Jan 9 : Steven Spielberg said that he got a `buzz' from meeting Prince William and Duchess Kate at the royal premiere of his movie `War Horse' in UK.

According to Nypost. com, the British royals will greet the director, as well as members of the cast, Jeremy Irvine, Tom Hiddleston and Emily Watson, before the movie's premiere Jan 8 at the Odeon Leicester Square in London.

New York, Dec 22 : Steven Spielberg has revealed that he would never use `Tintin' style performance-capture technology to `youngify' Harrison Ford for the role, if there were another Indiana Jones movie. 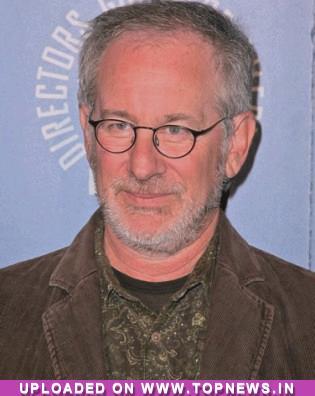 Washington, Dec 12 : Steven Spielberg has confirmed that he has appointed Peter Jackson to direct a sequel to their new 3D blockbuster `The Adventures Of Tintin'.

The acclaimed director has previously expressed his desire to follow this year's animated action adventure with two more installments, based on the comic books by Herge.

Every movie is scary for me: Spielberg

London, Dec 11 - Acclaimed director Steven Spielberg admits he likes to take on projects that intimidate him, and says he is always nervous when he is on the sets of a new movie.

"Fear is what drives me. Every movie is scary for me and every day I shoot the movie is scary. And I need fear because it drives me to explore things. It keeps me looking for a new variation on constant themes," femalefirst. co. uk quoted Spielberg as saying.