Washington, January 24 : Nearly one year after Whitney Houston's shocking death, her mom Cissy Houston has written candidly about her daughter's severe drug problems and the downward spiral that led to her death by drowning in a hotel bathtub with traces of cocaine still in her system in a revealing new memoir, `Remembering Whitney'.

Washington, Nov. 17 : Whitney Houston's former husband Bobby Brown, who was charged with DUI last month, has pleaded not guilty to the criminal offence.

Last month, cops had pulled the 43-year-old singer over for driving erratically.

London, Oct 25: Whitney Houston's former husband Bobby Brown was arrested for the second time this year for a DUI offence in Los Angeles on Wednesday.

According to TMZ. com, the 43-year-old musician was pulled over at 1 am as he was driving erratically on a road in Los Angeles, the Mirror reported.

Apparently, when law enforcement officers questioned Brown in his car, they smelt alcohol and asked him to take a sobriety test. 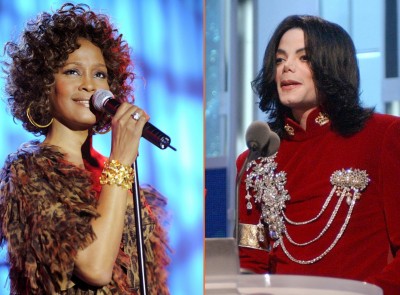 London, Oct 19 : Michael Jackson and Whitney Houston are to be immortalised with inductions into a brand new R ‚Äòn‚Äô B Music Hall of Fame.

Plans for the official R ‚Äòn‚Äô B Music Hall of Fame Museum were announced this week to honour those who made notable contributions to the music genre, the Daily Express reported.

London, Oct 13 : Whitney Houston was honoured by a host of celebrities at a special Grammy television show in Los Angeles, on Thursday.

Britney Spears, Halle Berry and LL Cool J were among the presenters at the Nokia Theatre, who paid tribute to the `How Will I Know' hit-maker, who died aged 48 in February.