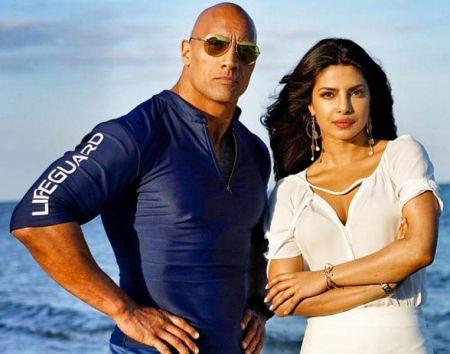 Los Angeles, Dec 6 : The release date of upcoming action-comedy film "Baywatch", which marks the Hollywood debut of Bollywood actress Priyanka Chopra, has been pushed back by a week to May 26, Paramount Pictures has announced.

The film, which was earlier slated for May 19, will now release alongside Johnny Depp's "Pirates of the Caribbean: Dead Man Tell No Tales" and Rebecca Ferguson and Jake Gyllenhaal's "Life" on the start of the Memorial Day holiday weekend, reports variety.com.

Dwayne Johnson stars in the movie reboot of the 1990s television series "Baywatch".