Proud to be hosting Global Citizen with Usher: Priyanka Chopra 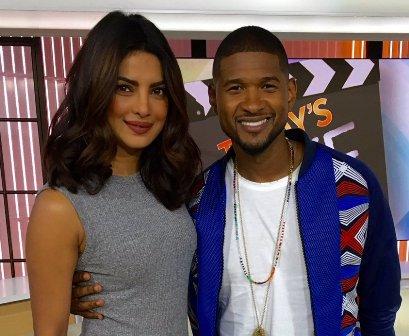 The actress announced the special news on the American TV show "Today Show".

"Being Global Citizens on the 'Today Show' with Usher and Hugh Evans 'be the change you want to see'," Priyanka wrote.

The "Bajirao Mastani" star took to Twitter, where she also shared a photograph of herself with the "Yeah!" crooner.

In the photograph, the actress can be seen donning a grey bodycon dress and Usher is sporting a white t-shirt with blue jacket and denim.

"So fun "ushering" in the day with you! Lol! Super proud to be hosting Global Citizen with Usher and so many others!" the "Mary Kom" star added. IANS