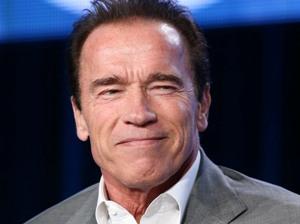 Washington D.C., Sept. 15 - Arnold Schwarzenegger will be stepping into Donald Trump's shoes soon as he will be taking up the boss' chair on ' The Celebrity Apprentice.'

Making the announcement about the 68-year-old actor's new gig, NBC said that the actor will start calling the shots on the show during the 2016-17 TV season, reports TMZ.com.

Meanwhile, Trump congratulated 'The Terminator' star and tweeted, "He'll be great and will raise lots of money for charity, To all my fans, sorry I couldn't do The Apprentice any longer-but equal time (presidential run) prohibits me from doing so. Love!" (ANI)