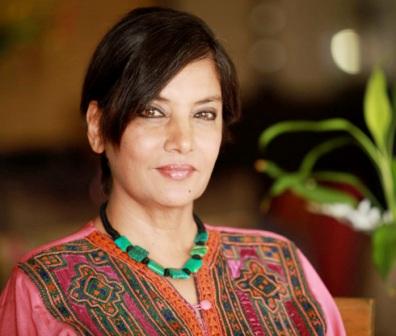 New Delhi, May 28 : Actress Shabana Azmi is one of those who tries every possible means to get into the skin of her roles and recently, she went all de-glam for her upcoming short film 'Idgah.'

Before revealing her new look, the 65-year-old actress took to her Twitter handle and posted her de-glam and conservative look, seeking suggestions from her fans on her new look.

She tweeted, "Hi tweepies Pls let me know your reactions to this look for my new film."

Later, the actress clarified that the look was for Piyush Panjuani's film 'Idgah.'

"Tweepies thank you so much for your responses to my look in #Piyush Panjuanis Idgah. I move ahead secure in the knowledge of your approval" reads her tweet.

The forthcoming short film is based on legendary Hindi writer Premchand, whose works include more than a dozen novels, around 250 short stories, several essays and translations of a number of foreign literary works into Hindi.
(ANI)