Here's why Trump didn't respond to Oscars host's tweet to engage him! 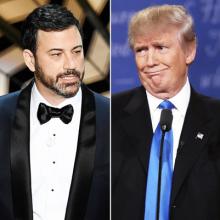 New York [USA], Feb. 27 : Host Jimmy Kimmel's poking fun at U.S. President Donald Trump and tweeting him, during the 89th Academy Awards is, by now, a known fact for each and every one. 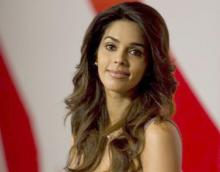 New York [USA], Nov. 19 : Mallika Sherawat, who was recently attacked by three masked men in her Paris apartment, has given a detailed account of her 'fight' with them. 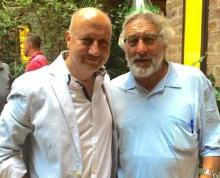 Anupam on Tuesday shared a string of photographs along with De Niro, with whom he starred in "Silver Linings Playbook",

He wrote: "Meeting legendary actor Robert De Niro in New York is always a highlight of my trip. Inspirational and Joyous. Jai Ho." 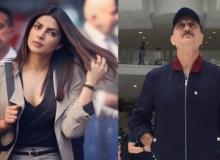 New York, Sep 12 : On the The 15th anniversary of the horrific 9/11 attacks, Indian actors Priyanka Chopra and Anupam Kher have paid a tribute to the victims.

Priyanka, currently busy shooting for her American TV series "Quantico" in New York, shared a photograph of the 9/11 memorial and captioned the image: "The 9/11 memorial on 9/11. It's powerful. Stop the violence."

Anupam on Twitter shared: "Paid tribute to the victims of 9/11 at World Trade Centre, New York."

I want to become a better singer: A.R. Rahman 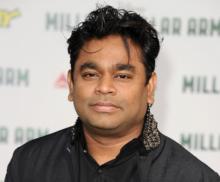 New York, Aug 16 : He has two Oscars, two Grammys and a host of other awards. But showing his characteristic humility, music maestro A.R. Rahman says he wants to become a better singer before he can cut an album of non-film music.

Asked at a news conference here on Monday if he had plans for such an album, he said: "I want to do that, but I want to become a better singer."

What was the secret to his creativity, he was asked. Beyond everything, he said: "There is truth; you channelize that in your consciousness."

He added: "Greatness comes from recognizing the divine."