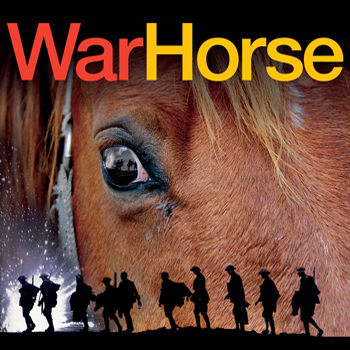 Every writer, artist, musician or filmmaker develops a certain style of representing his work that makes his work easily identifiable. "Warhorse" is an example of what one can call either 'Spielbergish' or 'Spielbergesque' cinema, with simple scenes overly dramatised and melodrama that is out of place and seems desperate, and thus despicable.

Yet this, one of Spielberg's worst directorial works, is rescued by three things -- technical brilliance, a lovely metaphor and most importantly its beautiful, anti-war sentiment.

A kind of a war-based re-telling of Anna Swell's "Black Beauty", "Warhorse" is based on a children's book of the same name by Michael Morpurgo that was adapted for stage by Nick Stafford. A beautiful and powerful horse passes through many hands before and during the First World War, observing with his silent, kind eyes the horrors that man inflicts upon man.

Spielberg is a master at making aliens look and feel human. Making a horse more human than most humans around would not have been such tough work for the master. And best of all, he chose a subject which is so rich in allusions and allegories that even a decent direction would have sailed it through.

The beautiful, kind and powerful horse is a metaphor for humanity. In the true spirit of animal books or movies like Anna Swell's "Black Beauty" or Robert Bresson's "Balthazar", he becomes both the symbol of humanity as well as an observer of its abundant lack and occasional triumph.

Thus in the end when it is trapped in barbed-wires of war in no-man's land where nothing survives, it needs the help of both warring factions -- both of whom he has seen and served as a warhorse. It gives a strong message to us all -- that love, compassion and humanity is in desperate need of patronage. In the absence of this, it will wither and die, trapped in a no-man's land it cannot get itself out of.

You cannot pick a bone with the film in terms of its story or its technicality. The last scene of the unmanned horse running through the battlefield with bullets and shells flying all around, not because it is scared, but because it is too proud and humane to take this insanity, is one of the most technically brilliant scenes you would have seen in cinema.

Yet, you can indeed find flaws in its excessive emphasis on melodrama, especially in the end. Spielberg has a knack of making even small, ordinary moments look magical. However, excessive use of melodrama, especially at the end in a desperate attempt to squeeze some salty water from your eyes will perhaps indeed make you cry but only wondering where Spielberg has lost his directorial way in the film.

It is also too literal for its own good. A good director needs to trust his viewers to understand some unsaid thing. Hence the scene where a woman explains why she lives with a drunk husband or where it is directly making statements against the absurdity of war, seem not needed.