What is Aplastic Anaemia? 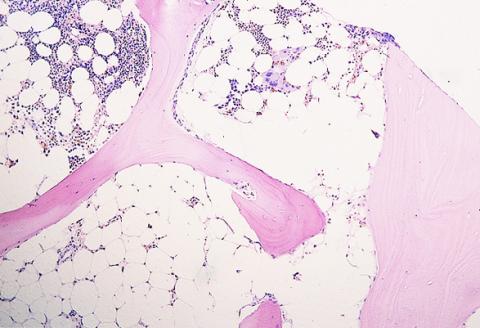 Not only would you would be prone to severe infections due to the low WBC (the infection fighting cells in the body), severe bleeding due to a low platelet count (type of cells that help blood clot and protects from bleeding), you could also be prone to chronic fatigue and complications related to progressive anemia (low RBC count / hemoglobin). Any of the three could be fatal!

Dr. Punit L Jain MD, DM (Hematology - CMC Vellore), Fellow (Leukemia) MD Anderson Cancer Center, USA and Consultant- Hematology and Stem cell Transplant at Global Hospitals, Mumbai, says, "Aplastic anemia is a condition with all of these dysfunctions combined in just one disease and presents with pancytopenia (reduction of three cell lines) on a health checkup. It can occur at any age, though more common when young."

Patients symptoms may vary based on the severity of the disease. The low platelets can manifest with just persistent gum or nasal bleeding, easy bruising, or an uncontrolled bleeding in stools or urine or even heavy bleeding during menstrual periods.

The low WBC count may cause severe infections, which may cause high grade fever. Extreme tiredness or just plain long term fatigue, dizziness, breathlessness on exertion or even at rest may be some other symptoms of the low hemoglobin.

It is this heterogeneity in this disease that makes it imperative to understand and identify such rare disorders as early as possible, to be able to give it an optimum chance of cure.

The exact incidence of this disease in India is not known, but a recent report from AIIMS institute in Delhi suggested that almost 20% - 40% of the referred patients with pancytopeniahave were later diagnosed with aplastic anemia.

Aplastic anemia is not cancer and if rightly identified and diagnosed, has a much higher rate of success than many cancers. (ANI)