Cleaning houses may be bad for your kids' health 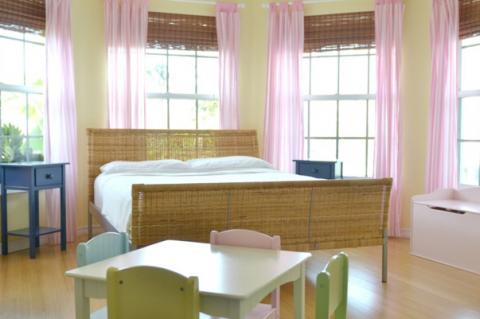 Washington D.C. [USA], April 18 : Dear parents, beware! Providing ultra-clean environment to your kids may be bad as a study reveals that no early exposure to dirt and germs increases the instances of eczema, asthma, hay fever and childhood diabetes.

According to research, exposure to germs and microorganisms in early childhood is actually good for children because it helps to develop the immune system.

Without early exposure to dirt and germs, the immune system does not learn how to control foreign agents, thus increasing their instances of eczema, asthma, hay fever and childhood diabetes.

In fact, today's children are too clean for their own good, argue researchers John Gilbert and Rob Knight.

Dr Gilbert explained that once humans understood that microbes causes disease, there has been an attempt to rid our bodies from any type of fungi, virus or bacterium.

However, the increase in hygiene practices - boiling water and pasteurising milk - has helped ward off a number of diseases and deaths, negative consequences are suffered by children who grow up in too clean of a home.

"We've deliberately separated ourselves for reasons of comfort and reasons of fear of disease," said Dr Gilbert to The New York Times.

A 2016 study published in The New England Journal of Medicine compared the immune systems of children, who grew up on small single-family farms to those who were similar genetically, but grew up on large, industrialised farms.

The results revealed that single-family farm kids, were living in environments described as 'rich in microbes,' or full of barnyard dust, had very low rates of asthma.

Dr Gilbert pointed out the fact that not only does early life exposure to microbes shape the immune system, but also the endocrine system, and even the child's neurodevelopment.

"It's best to educate parents about the types of natural exposure that would be most helpful in immune system development given the specifics of their children and their communities," Dr Gilbert suggested. (ANI)