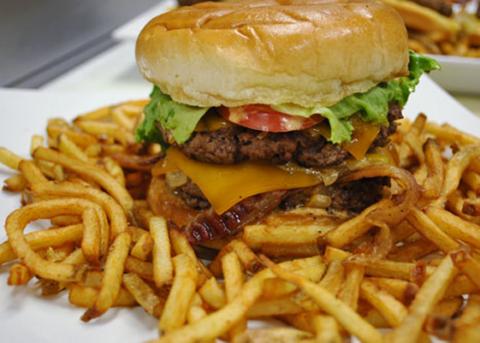 Washington D.C. [USA], Apr 24 : After knowing that burger and pizzas are unhealthy, why are we incapable from cutting them from our diets? Relax and blame gene variants as a study finds that they affect the way our brain works and influence our food preferences.

The new research could lead to new strategies to empower people to enjoy and stick to their optimal diets.

They found that the genes they studied did play a significant role in a person's food choices and dietary habits. For example, higher chocolate intake and a larger waist size was associated with certain forms of the oxytocin receptor gene and an obesity-associated gene played a role in vegetable and fiber intake.

"Most people have a hard time modifying their dietary habits, even if they know it is in their best interest," said a researcher Silvia Berciano from the Universidad Autonoma de Madrid in Spain.

"This is because our food preferences and ability to work toward goals or follow plans affect what we eat and our ability to stick with diet changes. Ours is the first study describing how brain genes affect food intake and dietary preferences in a group of healthy people," Berciano added.

Gene variation is a result of subtle DNA differences among individuals that make each person unique.

The team analyzed the genetics of 818 men and women of European ancestry and gathered information about their diet using a questionnaire.

They also observed that certain genes were involved in salt and fat intake.

The new findings could be used to inform precision-medicine approaches that help minimise a person's risk for common diseases - such as diabetes, cardiovascular disease and cancer - by tailoring diet-based prevention and therapy to the specific needs of an individual.

"The knowledge gained through our study will pave the way to better understanding of eating behaviour and facilitate the design of personalised dietary advice that will be more amenable to the individual, resulting in better compliance and more successful outcomes," Berciano explained.

The study is scheduled to be presented at the American Society for Nutrition Scientific Sessions and annual meeting during the Experimental Biology 2017 meeting, to be held April 22-26 in Chicago. (ANI)