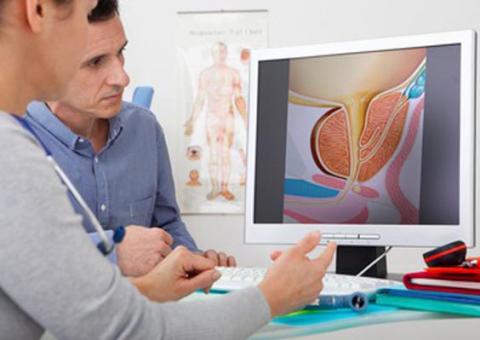 Washington D.C. [USA], April 24 : Due to increasing deaths because of prostate cancer among men, US researchers have suggested a special screening more frequently and at an early age to avoid the development of preclinical prostate cancer - that is not symptomatic - to advanced stages.

"We found that the interval from getting preclinical cancer to being diagnosed is long - 10 years or more on average - and is similar in black and white men. But during that interval, cancers in black men tend to progress faster," said a senior author on the study Dr. Ruth Etzioni.

"What this means is that in developing screening policies for black men, it will be important to consider beginning screening them at an earlier age and potentially screening them more frequently than would be recommended by general population guidelines," Etzioni added.

She stressed that an additional research is needed to determine the best policies for prostate cancer screening in black men.

The investigators estimated that 30 to 43 percent of black men develop preclinical prostate cancer by age 85, a risk that is 28 to 56 percent higher than that among men of any race.

Among men with preclinical disease, black men have a similar risk of being diagnosed with prostate cancer (35 to 49 percent) compared with the general population (32 to 44 percent) in the absence of screening.

Their risk of progression to advanced disease, by the time they are diagnosed, is 44 to 75 percent higher than in the general population.

The research, published online in journal of CANCER. (ANI)