Half of women want to lose at least one stone! 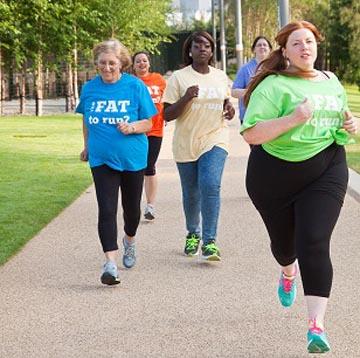 London [UK], January 2 : As the festive season is almost on the verge of signing off, loads of changes have come to your body.

You might have even put on some extra pounds! But don't worry, you are not the only one undergoing this feeling.

Two thirds of women are unhappy with the size and shape of their figure, a new survey has revealed, reports the Daily Mail.

Half of British females say they want to lose at least one stone in order to be happier with their appearance. While more than a third are eager to shed at least 20lbs, according to a poll of more than 2,000 women.

Some 41 percent of British females reported trying a new diet plan in 2016 in an attempt to shed the pounds, Healthista, a healthy lifestyle website, found.

While desperate to become more body confident, one in three had tried up to three diets over the past year.

But despite their attempts to lose weight, the majority were left unhappy and often found themselves losing motivation to bust their fat.

Interestingly, nearly three quarters don't like the word 'diet', instead preferring to label it simply as 'healthy eating'.

When asked what they would ideally want from a healthy eating programme, as well as weight loss, nearly half of those surveyed said that boosting energy levels were at the top of their list.

One in five also want to enjoy a more youthful appearance while 14 percent are desperate to shed some pounds to improve their mood.

Rob Hobson, head of nutrition at Healthspan, said, "Losing weight is tricky and this research further confirms that many women embark on a number of diets across the year without managing to reach their desired health and body goals," adding, "Taking this approach can lead to a vicious cycle of yo-yo dieting for some women."

"While dieting works for some, a better approach is to make small achievable changes and adopt a healthier way of eating that can be sustained in the long term without putting your faith in the latest diet fads," Hobson continued.

Embarking on any new diet plan needs to be easy to follow and fun to maintain, research has found.

But this is much easier said than done as women said the main reasons their diets failed were due to boredom, tiredness and a lack of flexibility.

While being left hungry, deprived of food and finding the regime too complicated also affected success rates.

This comes after Public Health England found eight in ten middle-aged Britons are overweight, inactive or drink too much alcohol.

Officials say those in the 40 to 60 age group are neglecting their health because they are too busy worrying about their children, ageing parents or work.

And research by a shopping website in 2014 found nine in ten women didn't know their body shape - with many believing they have a wasp waist and hourglass curves.

In fact, the majority were found to have a straight up and down figure, known rather unflatteringly, as 'the rectangle'.

On the back of the new results, Healthista have launched a new range of products to help inspire women to improve their diet. (ANI)