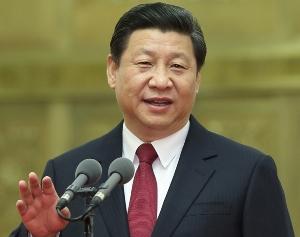 The corridor development project from Gwadar port in Pakistan's Balochistan province to Xinjiang province of China will be linked by rail, road, pipeline and air services. Bugti blames Pakistan for allowing China to invest in an occupied territory.

"Our party (BRP) has made it clear that we are against any such investment in Balochistan which is done for their own benefit. China is a big superpower but that does not mean that you loot others' resources," he said.

Bugti and his party leaders from Europe protested outside the Palais des Nations in Geneva against the forceful occupation, human rights violations and exploitation of resources in Balochistan.

They condemned the actions of the Pakistani army and shouted slogans demanding freedom for Balochistan.

"We are holding this protest to raise the issue of human rights violations being carried out by Pakistan's ISI and Army in Balochistan," he said.

Bugti claims that Baloch people continue to be targeted by Pakistan's spy agency, the ISI and the Army. Thousands of Baloch political activists, students and intellectuals are missing and many of the missing found dead with their mutilated bodies showing signs of torture.

He urged the US to stop funding of Pakistan's war on terror as the money is being used against the Baloch people.

"Many western countries, including the United States who have been giving billions of dollars as aid to Pakistan, we request them to stop providing aid or let Pakistan be accountable about its use. We are urging the international community to stop aiding Pakistan in the name of war against terrorism and intervene in Balochistan to stop human rights violations," added Bugti.

The Baloch protest was also joined by Kathryn Porter, president of the Washington-based Leadership Council for Human Rights. She has worked in Pakistan as a human rights activist.