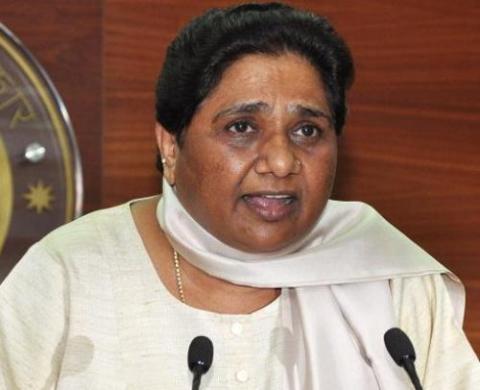 Bhubaneswar (Odisha) [India], Apr. 16 : Unperturbed by Bahujan Samaj Party (BSP) supremo Mayawati's intention to form a grand alliance with anti-BJP parties for the 2019 general elections, the saffron party on Sunday said that its aim, regardless of such declarations, would be to spread Prime Minister Narendra Modi's vision of 'sab ka saath sab kaa vikas' and work for the development of the country.

"2019 is still far away. We will keep working on the prime minister's agenda of 'sab ka saath sab kaa vikas'. We are working for development for all that's our agenda. Whether political parties get together or they don't, it is for them to decide," BJP spokesperson Nalin Kohli told ANI.

Echoing similar sentiments, party spokesperson Sambit Patra said, "We have already seen this experiment and we know how miserably it failed in the UP elections. The results sent a clear message that nepotism, casteism has no place and only performance based politics will be the new criteria for political parties to contest."

Addressing her party members on the 126th birth anniversary of B.R. Ambedkar, Mayawati said that she was open to enter into alliance with any political party to defeat the BJP.

"The BSP now has no reservations in taking the help of anti-BJP parties in its fight against EVM tampering and the BJP as it is the democracy which comes first...we have to keep democracy alive," she said.(ANI)