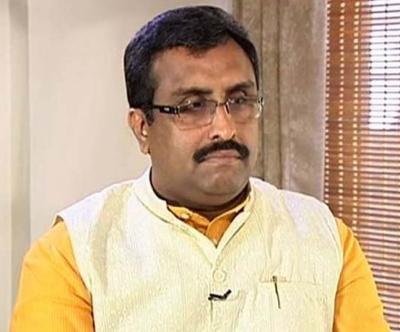 Bhubaneswar (Odisha) [India], Apr. 15 : Highlighting the agenda of the Bharatiya Janata Party's (BJP) two-day national executive meet scheduled to begin from today, party general secretary Ram Madhav said it was an important one as discussions related to the 2019 Lok Sabha elections and upcoming assembly elections would be made in it.

Responding to a poser on choosing Odisha as the venue for the meet, Ram Madhav said the state has been one of the best among the BJP-governed states and therefore, the management decided to hold the meet here.

"It's an important meeting. Discussions on upcoming assembly elections and 2019 parliamentary elections will be made," Madhav told the media here.

Prime Minister Narendra Modi and BJP veterans L.K. Advani and M.M. Joshi will be among those joining the deliberations.

Prime Minister Modi is scheduled to arrive at the state capital by 3.30 p.m. and then will proceed to the Raj Bhavan before attending the national executive meet at Janata Maidan at 5 p.m.

BJP president Amit Shah garlanded the statue of Dr B.R. Ambedkar at A.G. Chhak, near the Secretariat upon his arrival.

Shah is also scheduled to attend a programme at the state BJP headquarters to celebrate the Odia New Year. (ANI)