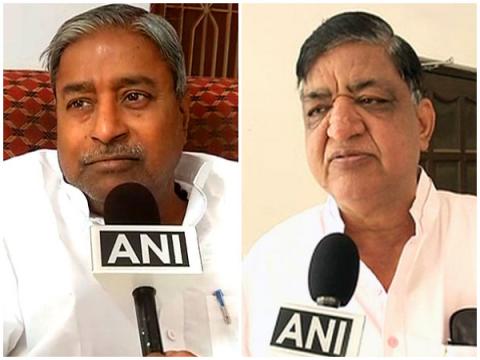 "We will spare no effort to establish the Ram Mandir. We will analyze each and everything to make sure that Ram Temple is constructed. We are even ready to go to jail for that," BJP leader Vinay Katiyar told ANI.

However, the Samajwadi Party dared the BJP to go against the wishes of the apex court.

"Let them do what they want. The court is yet to a give verdict. But we want the two year deadline given to court to be reduced by two months so that people who make such tall claims realize the supremacy of the judiciary. We welcome the apex court's verdict and hope justice gets delivered," SP leader Naresh Aggarwal told ANI.

However, Kalyan Singh, who was the chief minister of Uttar Pradesh in 1992, enjoys constitutional immunity as the Rajasthan Governor and can be tried only after he leaves office.

The Supreme Court also directed the trial court in Lucknow to commence the proceedings in four weeks and hear the matter on a day-to-day basis so as to complete the hearing in two years. The apex court also said there will be no 'de novo' (fresh) trial.

The CBI has been ordered to ensure that at least one prosecution witness appears in the trial court for recording of testimony.

To ensure speedy trial, the top court has given two important directions - first, no party shall be granted adjournments without the sessions judge being satisfied of the reasons for it; second, the trial judge hearing the case shall not be transferred till the judgement is delivered.