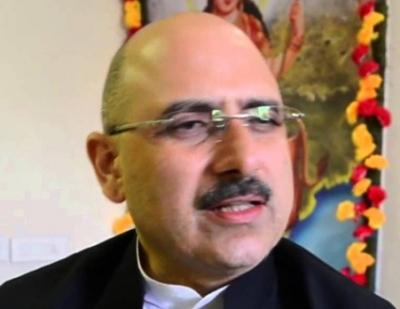 Bhubaneswar (Odisha) [India], Apr. 16 : The Bharatiya Janata Party ( BJP) on Sunday said the Centre would leave no stones unturned to retrieve alleged Indian spy Kulbhushan Jadhav even as Pakistan has prepared a new dossier to be submitted at the United Nations for his involvement in espionage and sabotage activities in Karachi and Balochistan.

"Certainly India is going to look at the situation very seriously, the Government of India will do what it considers correct. We need to bear in mind that a sham trial has taken place," BJP spokesperson Nalin Kohli told ANI.

"Now clearly it appears that a cover up is taking place about it. No consular access has been provided. The government feels that certain decisions have to be taken in the national interest and they will certainly do so," he added.

The new dossier is based on the early video confessional statement and also statements given in front of the court by Jadhav, reports Pakistan media.

The attested report of Court Martial General will also be included in the dossier.

The dossier will also reportedly include the timeline of Jadhav's militant activities and also the court proceedings.

Indian High Commissioner Gautam Bambawale on Friday asked Pakistan to provide a copy of the chargesheet filed and the judgment given against Jadhav while strongly raising this issue.

The Indian side also conveyed that it will appeal the order and is studying the Pakistan Army Act for the same.

In a meeting with Pakistan Foreign Secretary Tehmina Janjua, the Indian envoy sought consular access to Jadhav for the 14th time.

However, Janjua said since it is a case of espionage, consular access can't be granted contrary to the Indian High Commission's claim that the same must be granted under international law.

A military court in Pakistan earlier this week found Jadhav guilty on two counts of espionage and sentenced him to death.

Jadhav was arrested in March last year, "for his involvement in espionage and sabotage activities against Pakistan," according to a statement released by the Pakistan armed forces. (ANI)