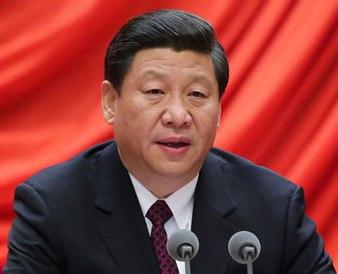 Beijing: A total of 17 people have been detained in China following the publication of a letter calling on President Xi Jinping to resign.

The letter was posted earlier this month on a state-backed website Wujie News. Although quickly deleted by the authorities, a cached version can still be found online, BBC reported.

In most countries the contents of the letter would be run-of-the-mill political polemic.

"Dear Comrade Xi Jinping, we are loyal Communist Party members," it begins, and then cuts to the chase.

"We write this letter asking you to resign from all party and state leadership positions."

But in China, of course, and in particular on a website with official links, this kind of thing is unheard of and there have already been signs of a stern response by the authorities.

The detention of prominent columnist Jia Jia was widely reported to be in connection with the letter.

The BBC spoke to a staff member at Wujie who on the condition of anonymity said that other 16 people were "taken away" in addition to Jia Jia.

They included six colleagues who work directly for the website, including a senior manager and a senior editor, and 10 other people who work for a related technology company, the source said.

The letter focused its anger on what it said was President Xi's "gathering of all power" in his own hands, and it accused him of major economic and diplomatic miscalculations as well as "stunning the country" by placing further restrictions on freedom of speech.

The latter was a reference to Xi's last month visit to state-run TV and newspaper offices, where he told journalists that their primary duty was to obey the Communist Party.

The idea that any Chinese editor of sane mind would knowingly publish such a document seems so unlikely that there has been speculation amongst some Chinese journalists, in private, that Wujie was either hacked or had perhaps been using some kind of automatic trawling and publishing software.

Such theories may explain the detentions of the 10 technology staff.

After the letter was deleted, the Wujie website was inaccessible for a while, but is now up and running again.

Despite doubts over the letter's authenticity, it has attracted wide attention from the foreign media although found no coverage within China.

Some observers have noted that it comes alongside other outspoken criticisms of President Xi's policies towards the control of the media. (IANS)