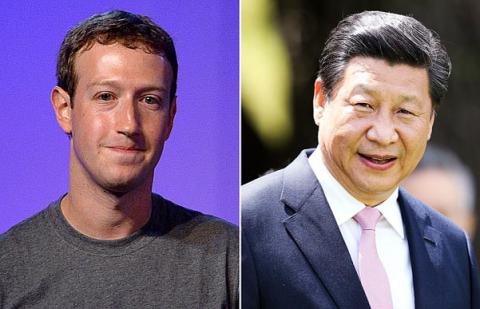 With Facebook still banned in China, the President remained unyielding to Zuckerberg as he turned down his request for a Chinese name for his child, the shanghaiist.com said.

Zuckerberg was seated at the head table with United States President Barack Obama and his family and Jinping and his wife Peng Liyuan at the state dinner, which was attended by several figures from the US tech and media sectors.

According to reports, Zuckerberg spoke in Mandarin to the president, asking him whether or not he would do him and his wife the honor of giving his child an honorary Chinese name.

Xi reportedly turned down the request to put forward a name for the Facebook founder's unborn baby girl, saying that it would be "too much responsibility."