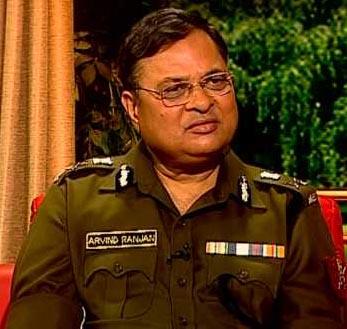 New Delhi - Para-military CISF has begun conducting special "undercover operations" at strategic and sensitive installations it is deployed at to keep a check on suspect espionage and sabotage activity.

The force has recently carried out a rejig of its existing snoop wing -- the Crime and Intelligence Wing (CIW) -- for security duties at these locations which include airports, facilities in the aerospace and nuclear sectors and government departments.

"The unit has been tasked with new objectives recently and it will act as the eyes and ears of our security teams deployed to guard vital and strategic installations. I would not want to elaborate more on this but the new drill is aimed at ensuring better security of all the places where we are deployed," CISF Director General Arvind Ranjan said.

Union Home Minister Rajnath Singh, during a recent event of the force, had lauded the new "under cover operations" started by Central Industrial Security Force and expressed the hope that it "succeeds" in this initiative.

The development comes close on the heels of Delhi Police unearthing a suspected corporate espionage scandal in oil and defence ministries. CBI has registered FIRs to probe these cases.

CISF is the mandated central security force to guard ministries and departments in Delhi and it is responsible for "access control" and to prevent unauthorised entry at these places.

Officials privy to the development said the new unit in CISF has been placed under the command of a Deputy Inspector General (DIG)-rank officer who has been brought into the force after 15 years of service in the Intelligence Bureau (IB) specially for this task. PTI