Congress accuses Modi Govt. of doing nothing for Uttarakhand in three years 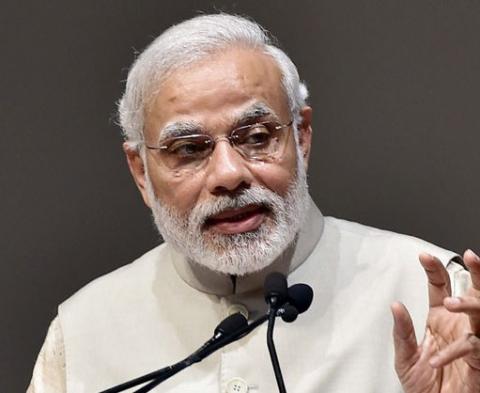 Dehradun (Uttarakhand) [India], Mar. 18 : Taking a dig at Prime Minister Narendra Modi's statement made before Uttarakhand assembly election in Dehradun that the state needs 'dual engines' to speed up development, the Congress on Saturday accused the Centre of doing anything for the progress of the state in the past three years.

Speaking to ANI here, Congress leader Pradeep Tamta said, "Uttarakhand people unprecedentedly supported Prime Minister Modi, but he did nothing for the people of the state in the past three years.

Citing the example of Gujarat's growth success in UPA government, Tamta said he does not agree with Prime Minister's principle of a ' dual engine'.

Earlier in Parivartan rally' of BJP in Dehradun, Prime Minister Modi said that "The development in Uttarakhand needs two strong governments, one at the Centre and another in the state. I am grateful that you have sent us to the Centre and now I urge you to bring the same BJP to the state in 2017 assembly elections so that the development work of the state gets a boost."

Rawat has maintained that the BJP will provide a corruption-free government to Uttarakhand and will work to uplift the poor.

The BJP won with a clear majority in the state with 57 seats in the 70-member Uttarakhand Assembly, thereby ousting the Congress that managed to win just 11 seats this time. (ANI)