Details about high level of corruption in China's PLA revealed 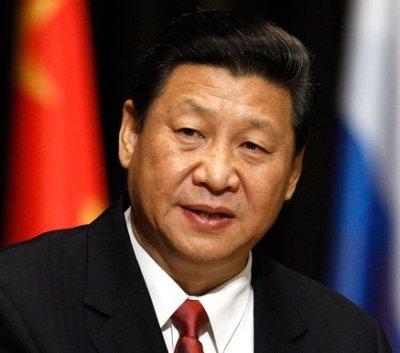 Hong Kong, May 26 - Well informed Chinese sources have for the first time disclosed details about high level of corruption prevalent in the People's Liberation Army (PLA) and the manner in which President Xi Jinping is cracking down on corrupt officers in the PLA, and meeting stiff resistance as a result.

In what is being seen as a blow to the powerful PLA, the world's largest military force, with a strength of approximately 2,285,000 personnel, or 0.18 percent of China's total population, informed sources have circulated an unprecedented listing of top PLA officers who have been booked for corruption.

This has created a great deal of upheaval and generated huge resentment within the PLA and its top brass.

The unusual list of 36 senior and high-ranked corrupt officers suggests that today all is not well with China's PLA. The list of officers booked and removed from service on corruption charges are:

A recent report in a leading daily of China has said that corruption probes against senior military officials and detention of generals arising from investigations into allegations of corruption is debilitating the fighting capabilities of the PLA.

Under the leadership of President Xi Jinping, China's ruling Communist Party is aggressively seeking to stamp out corruption in all aspects of administration, and especially within the powerful military establishment, to reassert its control.

President Xi Jinping is determined to clean up the PLA, say Hong Kong-based informed sources, adding that Xi has witnessed corruption in the PLA at close quarters while vice-chairman of the Central Military Commission under his predecessor Hu Jintao, who was regarded as politically weak and unable to rein in the nation's then very powerful PLA commanders-Vice-Chairmen Xu Caihou and Guo Boxiong. It is this experience that Xi is bringing to weed out highly placed corrupt elements within the PLA.

Corruption in China has been of an extreme degree. In 2014, China was ranked no. 100 in Transparency International's Corruption Perceptions Index, on par with Algeria and Suriname, and comparable to Armenia, Colombia, Egypt, Gabon, Liberia, Panama, Bolivia, Mexico, Moldova and Niger.

So alarming is the problem, that the government in Beijing this month sent over 70 officials and their spouses to spend a day in a prison in central Hubei Province "as an educational warning", as to what could happen if they indulged in corrupt practices.

A state-run news agency reported that the trip gave them a chance to meet 15 former government staff serving custodial sentences for corruption.

The ruling Communist party has vowed to crack down on endemic corruption, with several former senior figures placed under investigation in recent years.

The Central Commission for Discipline Inspection, the Communist Party's top anti-corruption body, is on record, as saying such prison visits are being organised nation-wide to encourage cadres to "be aware of wrongdoings involving corruption". (ANI)