Mexican cops again at center of a mass disappearance 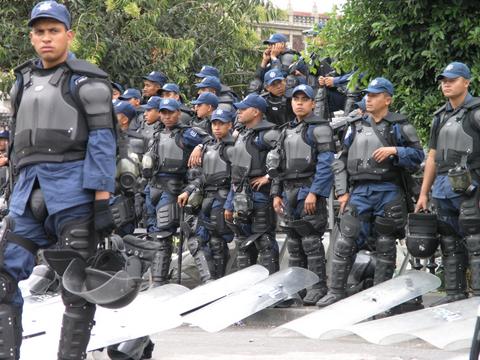 Veracruz: For more than two weeks, the parents of five missing young people have been living inside a Mexican state prosecutor`s office in an attempt to pressure authorities to find their children.

The parents spent the first night sitting on cold plastic chairs. Then they brought mattresses, a microwave oven and a television set inside the government building.

"It`s our home now," said Columba Arroniz Gonzalez as she heated up some tortillas and soup for her gaunt-looking husband in the patio of the prosecutor`s office in Tierra Blanca, in the eastern state of Veracruz.

Their son, Bernardo Benitez, 25, is among the five young people, including a 16-year-old girl, who disappeared after state police officers detained them in gang-plagued Tierra Blanca on January 11.

The case has become a symbol of Mexico`s growing number of "forced disappearances" -- a term used for abductions committed by authorities.

Their plight has been compared to the disappearance of 43 students in southern Guerrero state in September 2014, when municipal police attacked the young men and delivered them to a drug cartel, which allegedly killed them.

At least 275 complaints of forced disappearances were lodged between 2006 and September 2015, according to figures from the attorney general`s office obtained by AFP though a freedom of information request.

It started with four complaints in 2006, when the government declared a war against drug trafficking, and soared to 68 in 2014. There were 41 complaints in the first nine months of 2015.

But the attorney general`s office has launched only 15 legal proceedings.

Last weekend, the local leader of the Jalisco New Generation drug cartel was arrested in connection with the case.

The reason behind the disappearance remains a mystery.

A half-dozen bodies have been found in the search. While none belonged to the five missing young people, the discoveries highlighted the extent of violence in Veracruz, a state plagued by cartel turf wars for years.

The five are now among the more than 26,600 people who are reported missing across Mexico.

Since their families took over the prosecutor`s office, mothers of other missing people have come to visit them in solidarity with their cause.The five victims, who lived in Playa Vicente, had spent a weekend in the port of Veracruz to celebrate a birthday. (AFP)