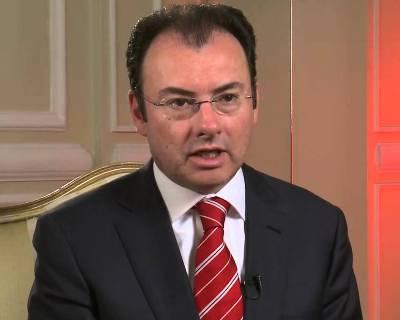 "We want to attract investment and continue to strengthen our ties with China in a comprehensive way," Xinhua quoted Videgaray as saying.

At a meeting in the Senate, Videgaray said Mexico has already taken steps to enhance trade ties with other Latin American countries as well as those in Europe, Asia and Africa given the changing global landscape marked by U. S. President Donald Trump.

While Mexico's most trade with China is in the form of imports, our exports are also growing, noted Videgaray.

His remarks come as Mexico and the U. S. are embroiled in a visible fight over Trump's ambition to build a wall along the Mexican-US border.

Trump recently also withdrew the United States from the Trans-Pacific Partnership (TPP), a trade deal among more than 10 countries, including Mexico, which will look to expand trade with other signatories of the TPP.

Despite Trump's divisive initiatives, including building a wall along the U. S.-Mexico border, Videgaray said, "We are going to ... maintain dialogue and we are going towards a process of negotiation."

In the coming months, the two countries are expected to begin renegotiating the North American Free Trade Agreement (NAFTA), in force between Canada, the United States and Mexico since 1994. (ANI)