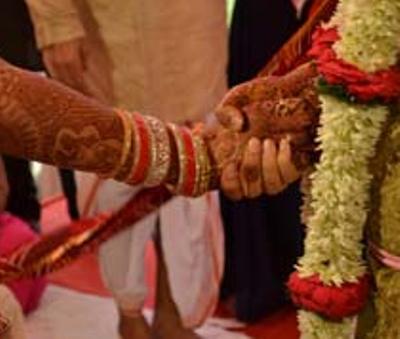 Muzaffarnagar (Uttar Pradesh),[India], Apr 29, : In an absurd incident, a man called off his marriage in Muzaffarnagar's Kulhedi village as meat was not served in the function.

The groom, Rizwan cancelled his wedding with Nagma when he and his family found out that only vegetarian foods were being served in the function.

The groom's family created ruckus following which the police and local panchayat were convened to resolve the dispute.

However, they agreed to go ahead with the ceremony after police and panchayat's intervention but later on the bride herself refused to marry the man.

The duo, who got engaged two months ago were about to get married on Wednesday.

However, the bride got married with another man following the entire drama over meat.

"The marriage was called off by them. So many arrangements were made. We had also given them dowry. We were left with no option so we fixed our daughter's marriage with another man," said bride's father. (ANI)