Pak targeting militant groups 'selectively', should target all: US 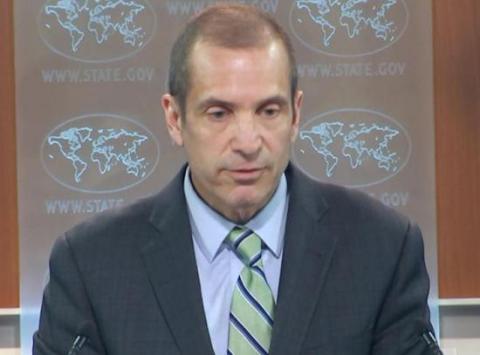 Washington, Aug. 5 : Acknowledging that Pakistan has gone after militant groups 'selectively', the United States State Department has urged Islamabad to eliminate all militant groups which includes those that target its neighbours and said it must also close all safe havens.

"We believe that Pakistan has taken and is taking steps to counter terrorist violence, and certainly focusing on those groups that threaten Pakistani or Pakistan's stability. They have - the military has shut down some of these safe havens. They've restored government control to parts of Pakistan that were used as terrorist safe havens for years," Deputy Spokesperson of U.S. State Department, Mark C. Toner said during the daily media briefing.

Toner said the steps taken by Pakistan in eliminating terrorists have come at a cost of Pakistani lives lost.

"We've been very clear with the highest levels of the Government of Pakistan that they must target all militant groups, and that includes those that target Pakistan's neighbors, and they must also close all safe havens," he added.

Regarding the proposed joint efforts against terrorism in the region, Toner said that Washington encourages a regional dialogue between Islamabad and New Delhi regarding counterterrorism efforts.

"We advocate for closer cooperation between India and Pakistan to deal with terrorist threats in both their countries.

Terrorism is obviously a reality in both countries, and they need to - in order to effectively confront it, they need to work together. And that's something we've long encouraged," he added.

On the quadrilateral counterterrorism alliance formed by China in association with Afghanistan, Pakistan, and Tajikistan, the Spokesperson said, "We don't view it as counterproductive that China pursues closer ties - certainly in the security and counterterrorism fields - with Central Asian countries." (ANI)