Six die due to tropical storm in Mexico 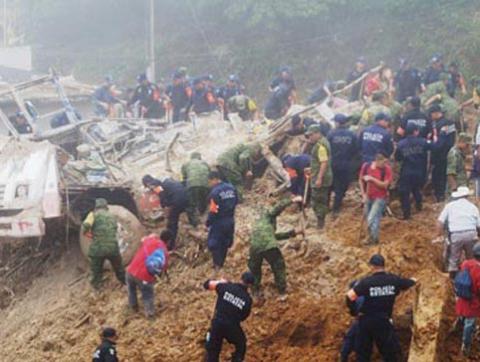 Mexico city, Aug 7 : At least six people were killed and 8,200 affected in landslides due to tropical storm "Earl" that has passed through the state of Veracruz in eastern Mexico, the Ministry of Civil Protection has said.

According to the ministry, the tropical storm on Saturday damaged 1,646 houses and affected 8,231 people in the central and southern regions of the state, Efe news reported.

"Earl" was downgraded to a tropical storm on August 4 afternoon and is currently making its way towards the central Mexican state of Puebla, Veracruz's neighbouring state, according to the National Civil Protection System.

"Earl" may also cause very strong storms in Mexico city and the states of Mexico, Morelos and Tlaxcala as well as in the northern state of Tamaulipas. IANS