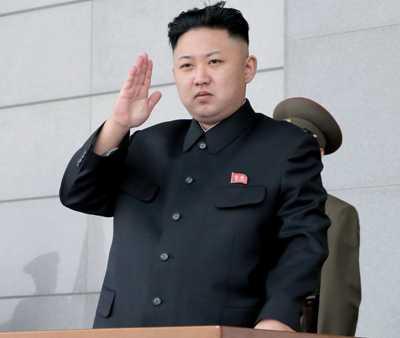 The statement was given by the official KCNA news agency, reports The Guardian.

Kim made the comments as he as he supervised a successful simulated test of atmospheric re-entry of a ballistic missile that measured the "thermodynamic structural stability of newly developed heat-resisting materials, reports said.

"Declaring that a nuclear warhead explosion test and a test-fire of several kinds of ballistic rockets able to carry nuclear warheads will be conducted in a short time to further enhance the reliance of nuclear attack capability, he [Kim] instructed the relevant section to make prearrangement for them to the last detail," the Guardian quoted the agency as saying.

Kim's comment comes as tension on the Korean peninsula has increased following a joint military exercise between Pyongyang's rival South Korea and the US.

North Korea has also recently warned of using nuke arsenal against them.

These statements have been coming regularly from the isolated country following strict United Nations sanctions.

The United Nations Security Council (UNSC) imposed a new resolution to tighten sanctions after Pyongyang conducted a nuclear test in January and the launch of a long-range rocket in February.(ANI)